In this post Catriona Cunningham provides the provocation for our first ’round table’ conversation. Focusing on the activities we developed for a conference workshop, Catriona  reflects on this workshop.  The other members of the blog team will respond to Catriona’s poetry in the coming weeks.

If you would like to contribute to the responses, please use the ‘leave a reply’  facility below.

In their manifesto for Creoleness,[i] the three authors proclaim that their language began not with a word but with a ‘cri’ – a sound that belonged to no language, nor to a specific culture, emerging instead from the land itself.

In academic practice, we have no common language, no one language but across our organisations and institutions we do share common ground: we aim to enhance teaching and learning. In our workshop my colleagues and I wanted to excavate this landscape further – we wanted to (re) enchant the Academy, sing it into being. This was no song, however, as the lyrics and melody have not yet been formed. In fact, we were forging our own ‘cri’. 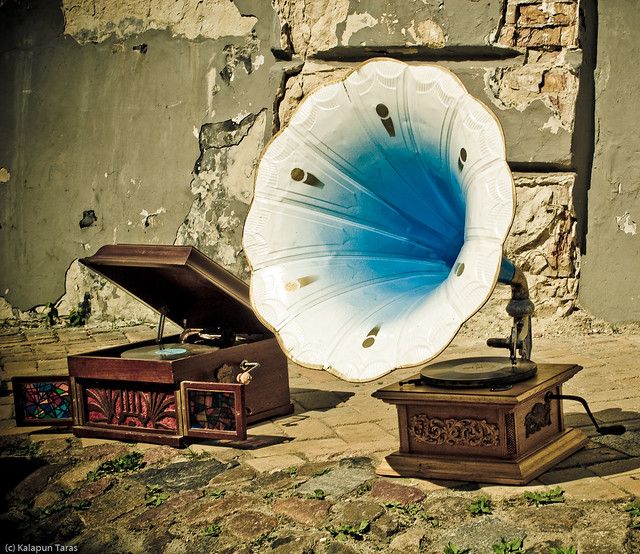 In the beginning was a sound, an unfamiliar flow of words in a language
That belonged to no-one in the room.
Instead the mind attached itself to tone, mood, sounds –
A kind of primordial soup, perhaps.

Then there was a four-sided object
Around which we asked you to structure your story.
Find the common language.
Find the words.
Shape shift?

Making connections was the next task.
Putting unrelated objects together to create
Something new.
Ha. Now there’s a definition of academic practice.

Finally, we all gathered together around a shared text
Read aloud by individual voices
That were at once quiet, loud, angry, hopeful.
A pluricultural and pluridisciplinary
Cacophony.

In this post we outline the rationale behind a workshop that we facilitated at the ‘Re-enchanting the academy’ conference. We also share resources that provide opportunities for colleagues to reflect on how they might engage students using a range of stimulae – poetic, narrative, experiential and somatic.

Once upon a time a long time ago the king and queen had a beautiful daughter. One day a wicked fairy cast a spell on the lovely princess, cursing her to never learn. The alarmed King locked the princess far away from the world in a high ivory tower. In time the princess was granted 3 A’ levels and set out for university. But one day, quite unexpectedly, the princess fell into a deep intellectual stupor. Her teachers lectured and talked, and talked and lectured, but the princess never seemed to learn. Each term she sat an exam, and each term she passed her exam, but at the beginning of the next term she had forgotten everything that she had known. The King and Queen despaired.

One day four benevolent fairies appeared and endeavoured to lift the hateful curse which blighted the princess’s university life:

Poésie, who spoke in many tongues and was the most charming fairy of all, offered a linguistic charm, ‘Whosoever reads these words shall feel at ease with the whole world, and will never feel doubt or shame even though their tongue may stumble over unfamiliar sounds and concepts. I give you the gift of confidence.’

Tale, who was never quite in the real world and who aspired to panache, brought a storybook, filled with devices, fancies and imaginings, ‘Whosoever lives these stories shall have the fairest prose of all. I give you the gift of academic writing.’

Sentio, who was a very practical fairy who applied herself to every task, brought a puzzle, ‘Whosoever puzzles this puzzle will grow wiser and wiser as each day passes. I give you the gift of reflection.’

Mind, an unassuming fairy who thought about everything a lot, brought nothing and said nothing, but offered the rarest gift of all: silence. Quieting the noise of the world, Mind gave the gift of concentration.

Why a fairy tale?

In keeping with the theme of the conference, we were inviting our colleagues to suspend the rational world of enhancement and embark upon a journey to a realm of enchantment. It was our job, as facilitators, to create a space in which that realm could be constituted – a space ‘in which it is once more possible to think’ (Foucault, 1970).

Excavating that space from the silted-up landscape of an academic conference – enchantment obscured under layer upon layer of convention, physical and intellectual: congested rows of chairs, an awkward rattle of cups and saucers, knee-balanced laptops and academic posturing, the imposition of ill-fitting theory, and the tyranny of properly referenced slides – is never an easy thing!

We are creatures of habit and convention, and do not always react well when our expectations are disrupted. But we were convinced that the value of our workshop – the possibilities for enchantment – lay in our colleagues experiencing for themselves the activities we had designed rather than listening to us explain the theoretical underpinning for our practice. The use of fairy tale was an interpellation to possible attendees – we are going to try something new, please come and join us if you think this might be your kind of thing!

But what do you do with all the theory and the explanations if you don’t want them cluttering up your space? It felt like it wouldn’t be enough to just demonstrate the activities and end with ‘trust us, this works!’.

Our solution was to create an additional online space where we could deposit the ‘useful clutter’. We then invited our colleagues – we handed out hard-copy invitations to delegates (see above) – that included the URL so that they could access these resources either before or after the workshop.

You are cordially invited….

In this post Catriona Cunningham shares the resources she used as part of a workshop at the ‘Re-enchanting the academy’ conference. To read about the background to the workshop and further details of the other activities included, please click on this link.

The stimulus – a poem

In the resource below I explain the rational for this activity and the ways in which it might be used to support learning and teaching.

Have you used poetry to support student learning? If so, in what ways?

How might you use the activity outlined above in your classroom?